Philosophy For Children (P4C) does not refer to teaching children traditional philosophy, rather, it is a pedagogic approach that centres on teaching thinking skills and the ability to question and reason. It is a student-led, enquiry based approach to learning.

Research has clearly shown that P4C improves cognitive abilities of participants, developing general thinking and reasoning skills that lead to higher levels of attainment across the curriculum. Furthermore P4C has been found to have great success in improving motivation by improving levels of understanding, confidence and student ownership of learning. A further asset of the P4C approach is that it develops learning-to -learn skills – through it’s ‘thinking out loud’ approach and emphasis on questioning and reflection.

At Grimley and Holt Primary School we strive to help our pupils to be effective, critical and creative thinkers and to take responsibility for their own learning in a caring and collaborative environment.

We aim to do this by providing enquiry based activities and P4C where pupils are encouraged to ask questions and find the answers through discussion, thereby developing the ability to recognise differences and explore these constructively. P4C strengthens children’s understanding and speaking and listening skills. We aim to create an environment where children feel that they have the freedom to explore ideas and ask questions in all areas of school life. Philosophy for children is an important way of teaching and developing questioning and critical thinking skills. Philosophy can be used in all subjects across the curriculum.

The details included here aim to help you apply some of these ideas at home!P4C 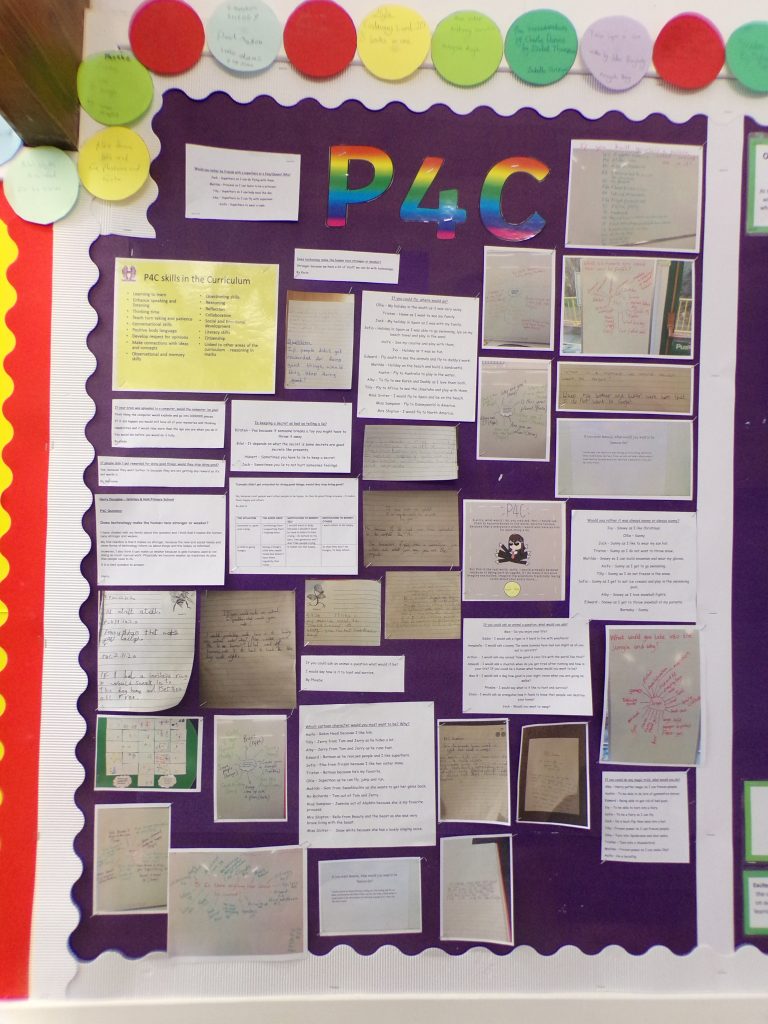 Thinking skills and Philosophical Enquiry at Grimley and Holt

Thinking skills, especially those relevant to creative and critical thinking, are seen as a good thing, because without them there is a danger of not applying one’s critical faculties to the whole idea. Another critical point is that skills of any sort are worthless if one has neither the inclination nor the good sense to use them. We need above all to help children develop the general disposition to think better.

Assessment of P4C is mainly through observation 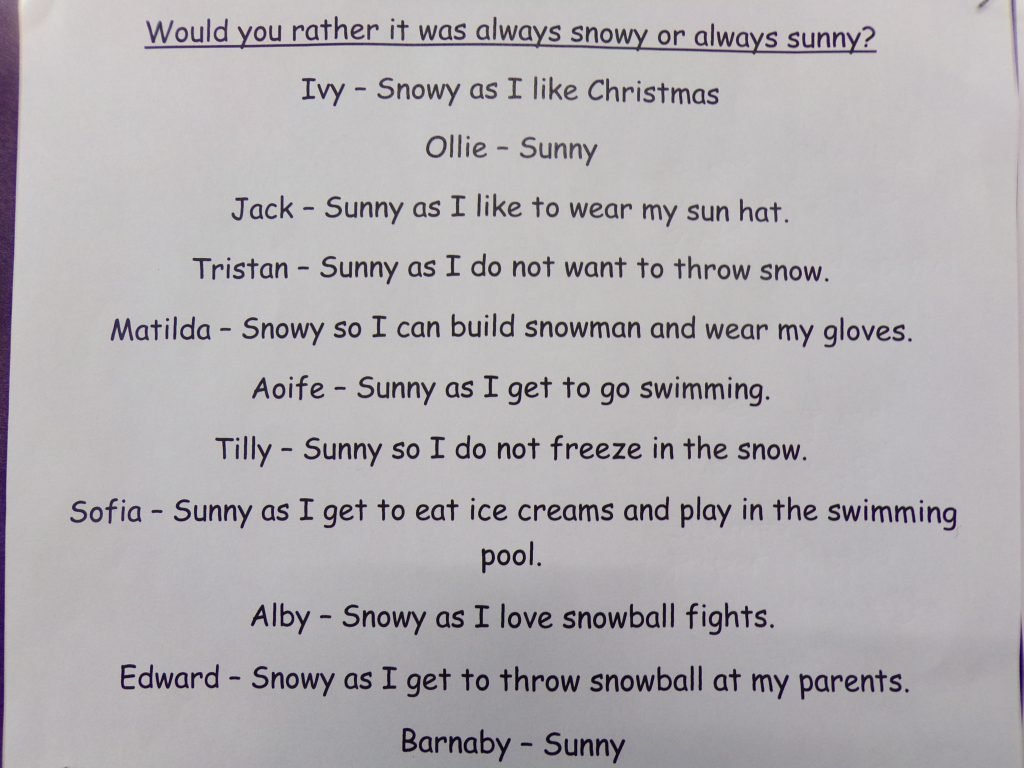 Guess what I’m thinking: Choose a child to think of an activity they are doing; children take it in turns to say what they think the child is doing g. cooking dinner; child says what they were thinking about e.g. feeding a lion; other children must justify their answers e.g. I was right because you were cooking dinner so you could feed it to a lion;

Ask children to justify their opinions

Once the children have come up with some different questions they vote for their favourite question. The different methods are:

At this point you can either finish the philosophy session or use this time as a chance for children to give positive feedback to others who, they feel have made a valuable contribution to the discussion.

Role of the Facilitator:

There’s no teaching in P4C. The role of the lead (the lead for the session could be an adult or child) is to allow the session to develop naturally. 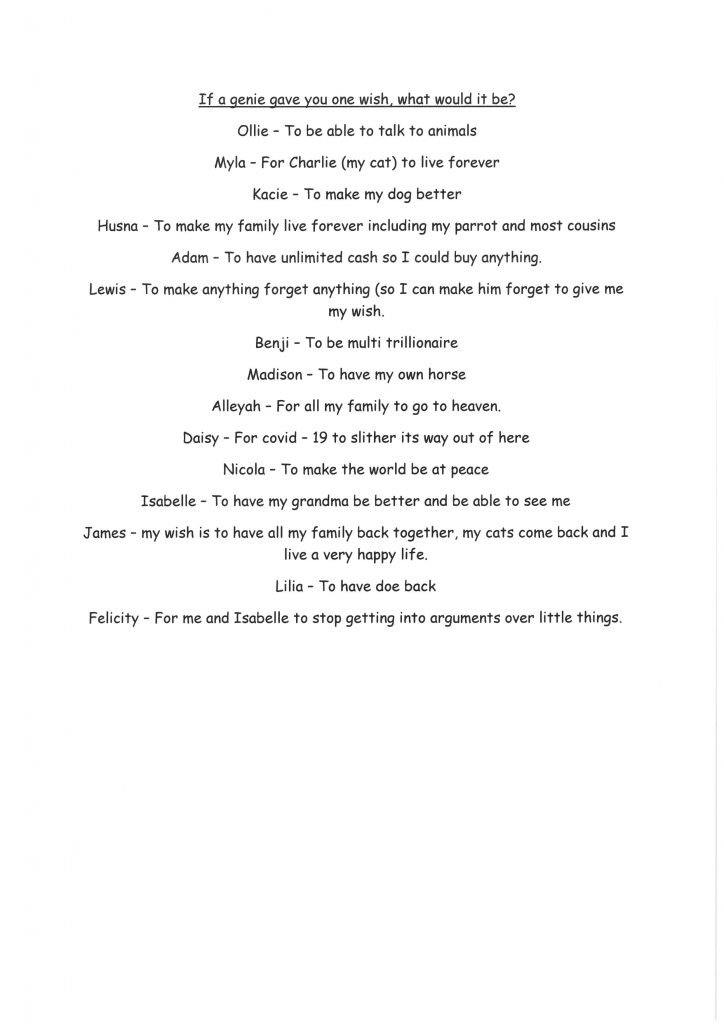 This website uses cookies to improve your experience while you navigate through the website. Out of these, the cookies that are categorized as necessary are stored on your browser as they are essential for the working of basic functionalities of the website. We also use third-party cookies that help us analyze and understand how you use this website. These cookies will be stored in your browser only with your consent. You also have the option to opt-out of these cookies. But opting out of some of these cookies may affect your browsing experience.
Necessary Always Enabled
Necessary cookies are absolutely essential for the website to function properly. This category only includes cookies that ensures basic functionalities and security features of the website. These cookies do not store any personal information.
Non-necessary
Any cookies that may not be particularly necessary for the website to function and is used specifically to collect user personal data via analytics, ads, other embedded contents are termed as non-necessary cookies. It is mandatory to procure user consent prior to running these cookies on your website.
SAVE & ACCEPT
Skip to content